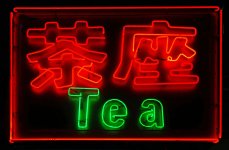 Woojeon is an excellent representation of the highest grade of green tea from Korea. It is known as one of the best tea’s in Korea. Woojeon is also known as Sparrow’s Tongue. The reason why this tea is referred to as Sparrows Tongue is due to the small, sharp and wiry leaves which have an apparent resemblance to a sparrow’s tongue. It is rarely available outside of South Korea due to its high status in the Korean market and the high price it commands.

This Korean specialty comes from the volcanic island of Jeju, located to the south of the Korean peninsula. It’s located in the triangle of – Korea- China and Japan.  It is the largest island off the coast of the Korean Peninsula and was formed entirely by volcanic eruptions. The island is still dominated by Hallasan, the largest volcano and mountain in South Korea. The 1,950 meter- high volcano, creates clouds which often makes it rainy and foggy.

Grown on the island, it is infused with the salty sea breezes and fertile soil of this pristine area of the world. The soil of the island contains a lot of water and is composed of a volcanic rock. The volcanic layers of rock act like a natural filter for the rain – water.  The soil is also rich in minerals – calcium and magnesium. The volcanic soil and humid subtropical climate on the island have made it ideal for the cultivation of high-quality tea. Most of the Korean teas exported to America come from Jeju.

Woojeon has an unusual method of production, borrowing techniques from the tea masters of both Japan and China. It is somewhat like a Japanese Shincha, which is usually plucked at the beginning of May.” Woojean” means “before the rain”. It is the earliest hand-picked, green tea, harvested before April 20th which is an agricultural point on the Korean Calendar known as ‘Gokujeol’ or ‘Gogu’. These calendar terms reflect the agricultural seasons. Made from the most delicate first flush tea leaves springing up after a whole winter of hibernation, explains its delicate and nuanced character.

Next… Woojeon in my Cup.