H is for Huo Shan Huang Ya 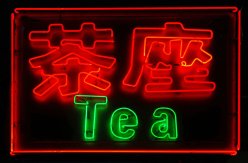 Is a rare yellow tea coming from Anhui province in Eastern China near Shanghai. The rarest of the six classes of tea, yellow tea is only produced in China and is classed as a super-premium fine loose tea. Huo Shan Huang Ya has been praised with the name “Immortal Buds” and has been regarded as a tribute to the Emperor since the Tang Dynasty (618-907A.D). It is also also considered one of China’s Top 10 Teas.  Mr. Lu Yu,(733–804) the Sage of Tea described this special yellow tea in his famous ancient tea book Cha Jing (the Tea Classic). Russian author Pokhlebkin in his well-known book on the history of tea (Cuisine of the Century) mentions that yellow tea was highly valued and its export from Imperial China was strictly prohibited for many a century and any violation of this law was punishable by death.

Because its production is difficult and time-intensive, yellow tea has primarily been consumed by locals. As the demand for easier-to-make green tea has increased in the West, many have abandoned the production of yellow tea in favor of green, and knowledge of the yellow tea-making process is being lost in China. Today, there are only a few tea masters alive with the skills required to make yellow tea.

That yellow has been the color of Chinese Emperors since the Tang Dynasty and the best yellow teas were handmade with great care and were destined for the Imperial Court as a tribute. In the past every Chinese province had to pay taxes to the emperor. The tax was gathered in the form of the best goods that local people could offer. In some places it was mineral resources, in others handmade articles, and yet in others cattle or sheep. In the tea-producing areas this obligation was sometimes extended to tea.  Only the best of the very best had a chance of getting to the table of the emperor himself. And when a tea was chosen in this way, it naturally acquired huge fame. In many cases it also earned the adjective “imperial.” And the color of the emperor was from time immemorial yellow! The color yellow even became exclusively an imperial color. Nobody else would dare to wear it, and only the palace of the emperor might have yellow roofs.

Is a variety little known outside of China. In this exquisite tea category, are some of the most famous tribute teas since the early Tang Dynasty (618-907 AD).  Methods and techniques for producing yellow tea are very complicated, tedious and labor intensive so, as black and oolong tea gained in popularity, yellow tea production gradually disappeared and by the 1940’s was all but lost.  It regained some popularity by 1972. Now, only a very few tea masters possess the knowledge and skills to make it and its processing technology is a closely guarded secret.  As a result, today, it is exceedingly rare and very costly.

Yellow tea is differentiated from other types by the yellowing process it goes through during processing. This step called Men Huang (闷黄) or ‘Sealing Yellow’ is achieved by lightly steaming the leaves then covering them and allowing them to oxidize and ferment slightly over a period. It is the smothering step that is unique to this tea, allowing a special flavor to develop. During the “sealing yellow” step, the lightly steamed leaf is removed from the heat source and covered with a cloth, encouraging the leaf to reabsorb its own aromatics and add a sweetness and fragrance to the leaf. The amount of time the leaves are covered or heaped, as it is also called, is determined by the type of yellow tea being processed. This step removes the more vegetal and grassy notes present in green teas in favor of an increase of sweetness and mellower flavor. An experienced tea master creates this unique hand -crafted tea by constantly checking the tea’s smell, look and feel until it is just right. This craft is often passed down from generation to generation. Unfortunately, this type of tradition has been lost over the years, leading to lower product yield, essentially making this type of tea truly rare.

Sadly, due to the popularity of green teas, the time-consuming processing, and slow loss of the knowledge on how to produce the tea, Yellow tea is slowly going extinct. Many growers are only briefly yellowing the teas or skipping the Men Huang step entirely. This has made finding authentic yellow tea in the west harder all the time. Because yellow tea is rare, purchasing in the West should be undertaken with care. Poor quality green tea is sometimes sold as yellow tea in the U.S.; therefore, it is important to purchase yellow tea from a reputable tea vendor that deals directly with the tea farm in China. While Korea produces a “yellow tea,” it is an unrelated tea and does not follow the same process as Chinese yellow tea.

Next… Huo Shan Huang Ya in my cup