In Chinese Feng Huang means Phoenix, sometimes called the Red Bird of the West, one of four mystical beasts of Si-Ling. The myths surrounding this oolong originate from the mountain range, Phoenix Mountain, also known by its Chinese name Fenghuangshan, located in the Chinese province of Guangdong. The mountain range consists of several peaks that resemble the legendary phoenix in shape, hence the name, Phoenix Mountain.  Dan Cong is a very old tea which dates to a period 900 years ago, and its leaves originate from the Shui Xian tea plant, which grows upright from a single trunk, with branches opening outwards like umbrellas. 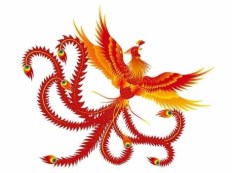 This tea has a long history behind it. It was said that during the Song Dynasty, the Emperor went to Chaoshan (a linguistic and cultural region in east of Guangdong) and passed-by the Phoenix Mountain. He felt thirsty, and his servant plucked the leaves from a tea tree and prepared the drink to serve. It quenched his thirst at once and he was very happy. Due to the shape of leaf, which is like the beak of a bird, it was named “Beak Tea”, and then became an exclusive Emperor’s Tribute Tea.

In the far southeastern corner of China lies Guangdong Province, one of the more populous provinces in the country, and home to the highly fertile Pearl River Delta. The climate in Guangdong is very humid year-round and ranges from subtropical at higher elevations to almost tropical near the ocean. The climate is moderated by the proximity to the ocean and the high humidity. Precipitation is seasonal, following the pattern of the Asian monsoon, with heavy rainfall in the summer and considerably less, but still relatively consistent rainfall in the cooler winter months. Perfect tea growing conditions!

While Guangdong borders many top tier, tea producing provinces it doesn’t produce anywhere near the amounts as nearby Yunnan, Hunan, and Fujian. Within the province, Guangdong, like other Chinese provinces, has its own famous teas which include Ying De Black and Phoenix Oolong –  Feng Huang Dan Cong. The province is the third most important region in China in terms of oolong production, after the Wuyi mountains and Anxi county in Fujian province.

Next… Feng Huang Don Cong Tea in my cup